Tucked behind lush greenery and creeping wisteria, this home was a real hidden treasure.

It’s not often you come across a 1930s bungalow with more than one story. But the original architect of this classic home managed to carry the era’s casual charm across two floors.
When the homeowner first contacted Refresh Renovations they already had the consent plans prepared and were enthusiastic to team up with experts who could make the project happen.

Planning for the Dream

Paired with Corey Rambhai, their local Renovation Specialist, the two discussed the homeowner’s vision and budget for the renovation.
The home itself was designed slightly ahead of its time. Still holding typical bungalow features, there was an extra contemporary edge which really helped the building age gracefully over the past decades.
As no large amount of charm had been lost over time, the initial idea was to renovate only the most dated areas of the home. This plan would have the bathroom and kitchen reconstructed, along with an extension of the back deck and reconfiguration of the connecting living room wall.

The concept they had in mind was soon drawn into an exact picture that took into account the homeowner’s budget. With the approval of these drawings, they were next processed through the local renovation team’s Quantity Surveyor who determined the price of materials and arranged for quotes for all required trades.
Corey, the Renovation Specialist, finds it best to try to cover 90% of the planning during this phase. Not only does the approach make for a less stressful transition into construction, but it also leaves a bit of wiggle room for the inevitable changes.

As expected, changes were made shortly after renovation went underway. These adjustments to the plan focused mostly around the deck and how the final structure would piece together. Originally, the roof had been designed with a partly glass cover. But the homeowner decided against this material and instead opted for a louvre system.
This change to the project forced the renovation length to increase from 4 months to a 6-month timeline. With this extension, the builders not only installed the beautiful louvre roof above the back deck but also used the spare time to straighten up some walls that were 55mm out.

The renovation team refined the flow between the living room and upgraded outdoor space by replacing the windows and doors along the deck-facing wall. The warm-toned timber framing worked noticeably well next to the sage green wall paint that was included in the colour palette for the full house repaint.

The kitchen and bathroom both underwent an exceptional makeover. Remodelled with brand new cabinetry, modern fixtures, fresh paint, and luxurious flooring timber, they’ve both become outstanding contemporary spaces. Their best features? The unforgettable wall tiling.
Vibrant and rich with earthy tones, the tiles give a lavish yet natural air to the kitchen and bathroom. They’re a truly memorable element of the house, as anyone who passes through will find it hard to forget the deep green, washed light blue, and woven copper.
But despite these two rooms, Corey considers the outdoor deck and roof to be the greatest attraction of the renovation. Set apart by its bulky, laminated timber structure, grooved soffit panels, and LED downlights; it certainly steals the show.

Get in touch for a free consultation with your local Renovation Specialist. 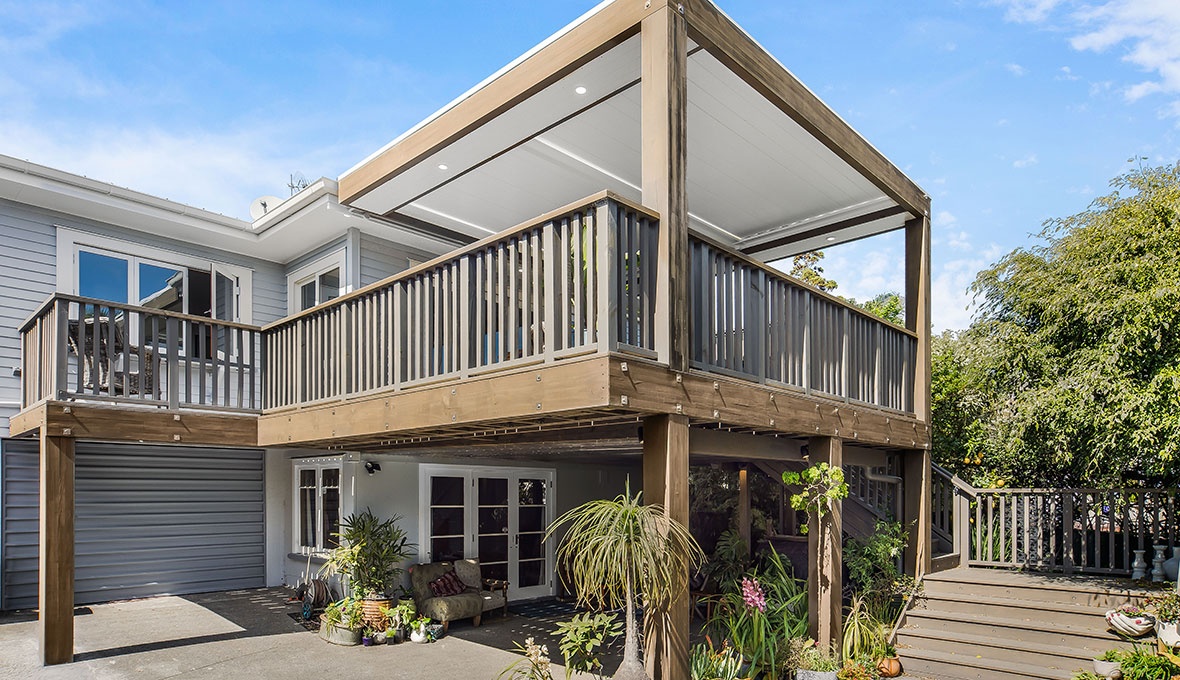 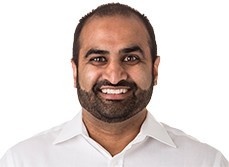 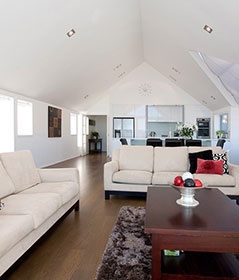 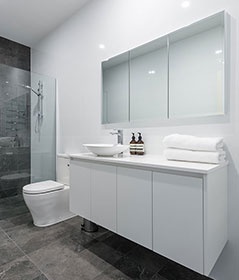 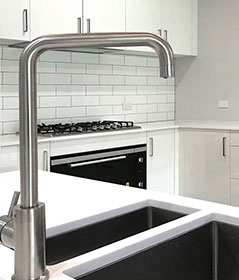 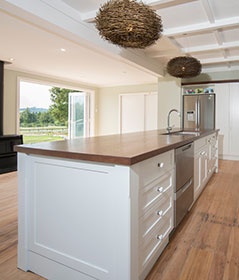 May 10, 2013
A family-friendly house renovation in Pukekohe 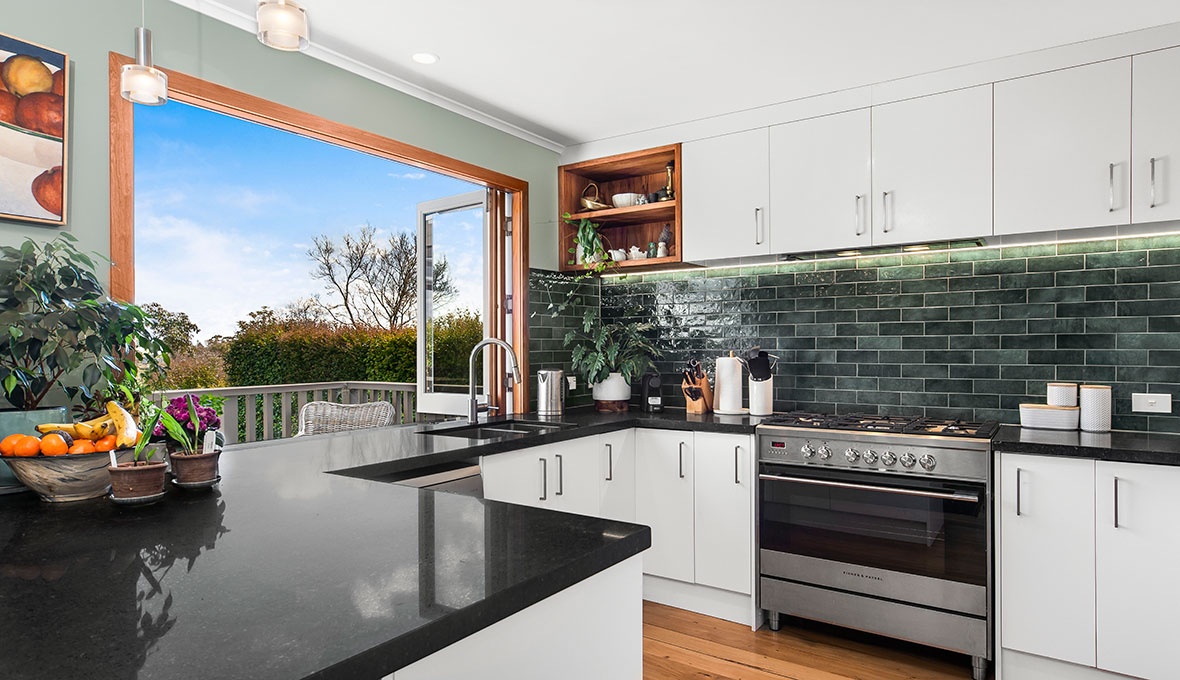 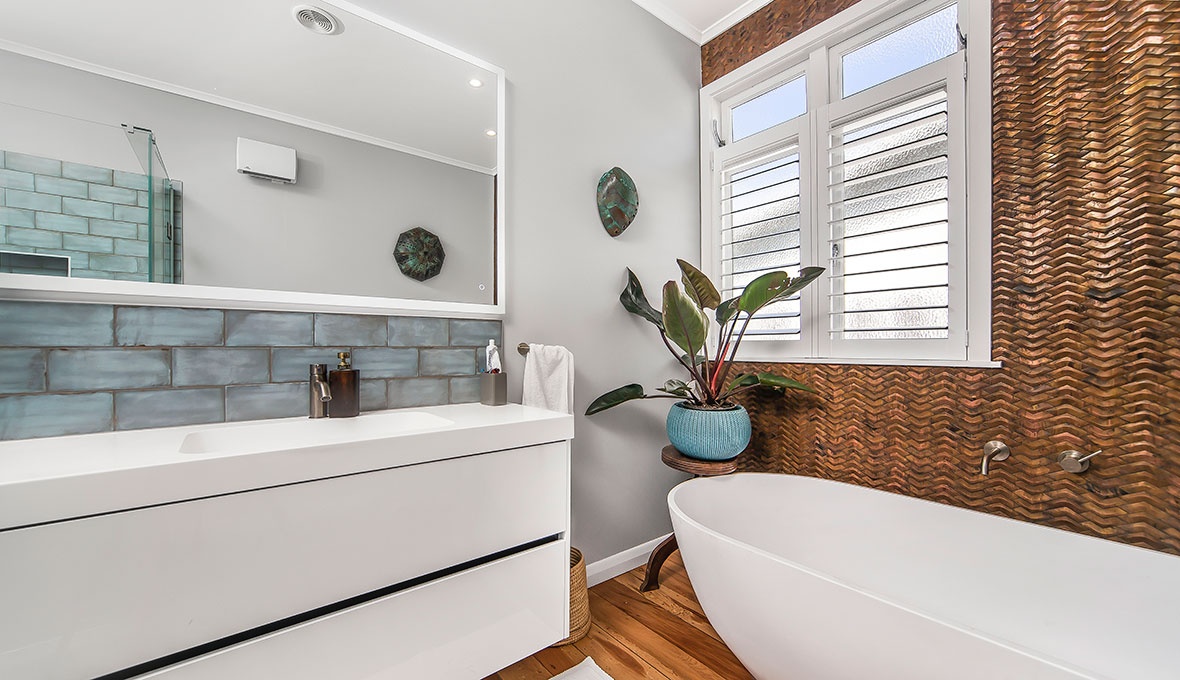 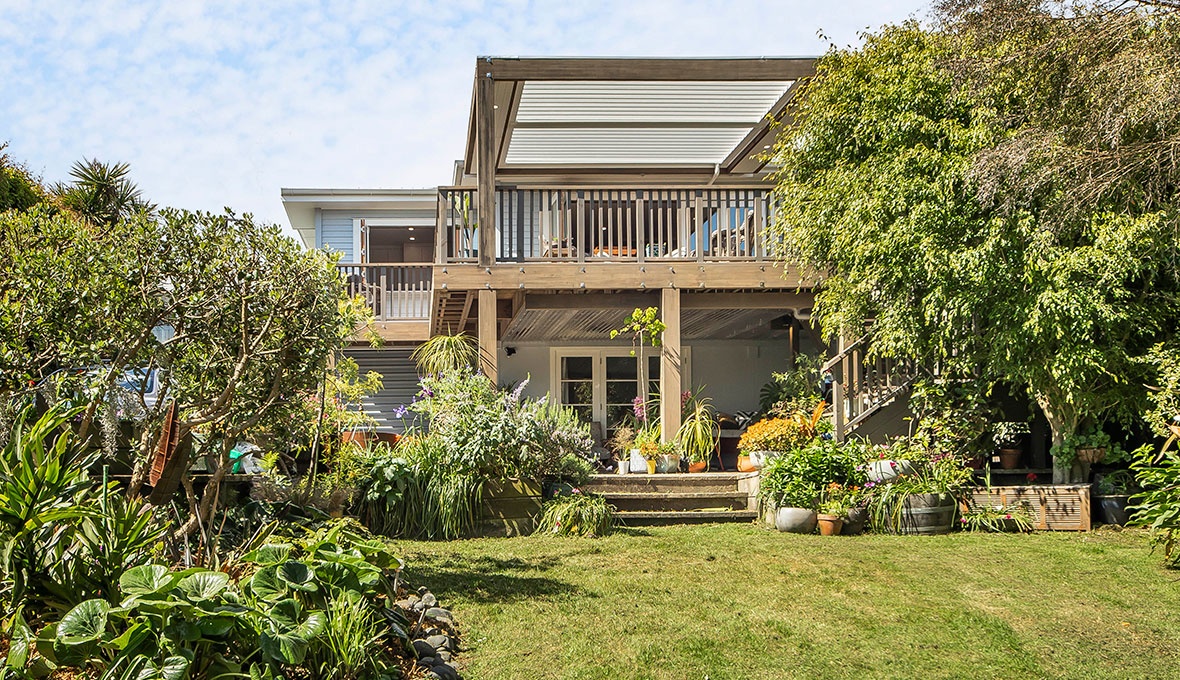 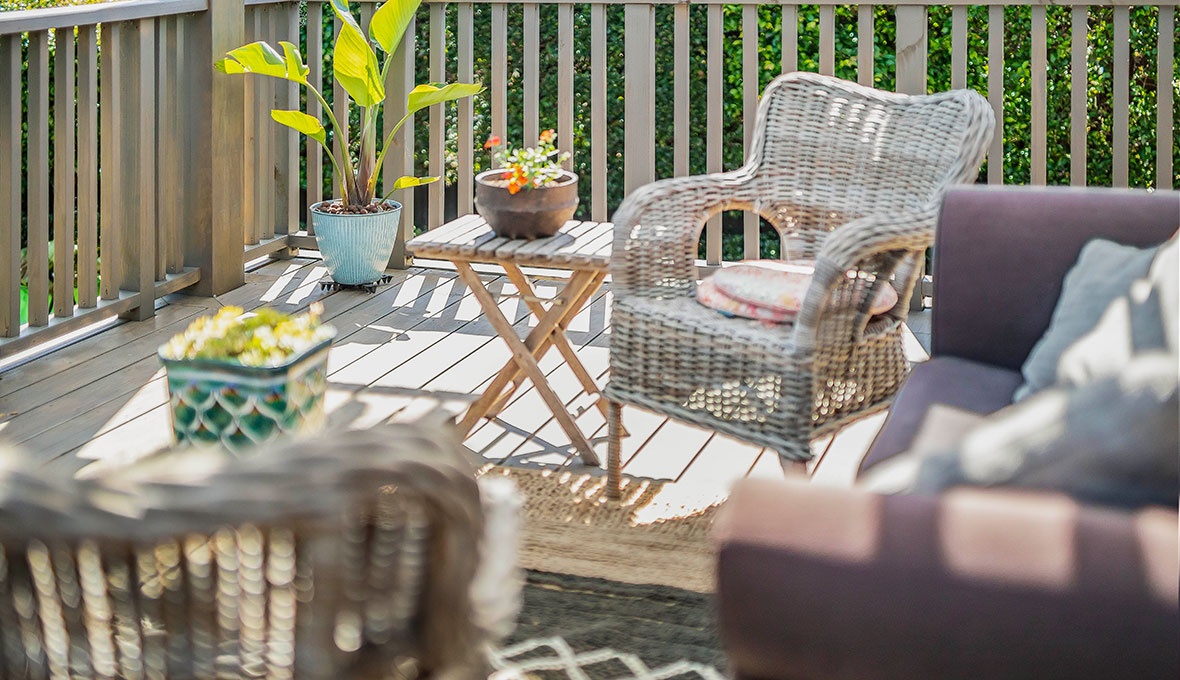 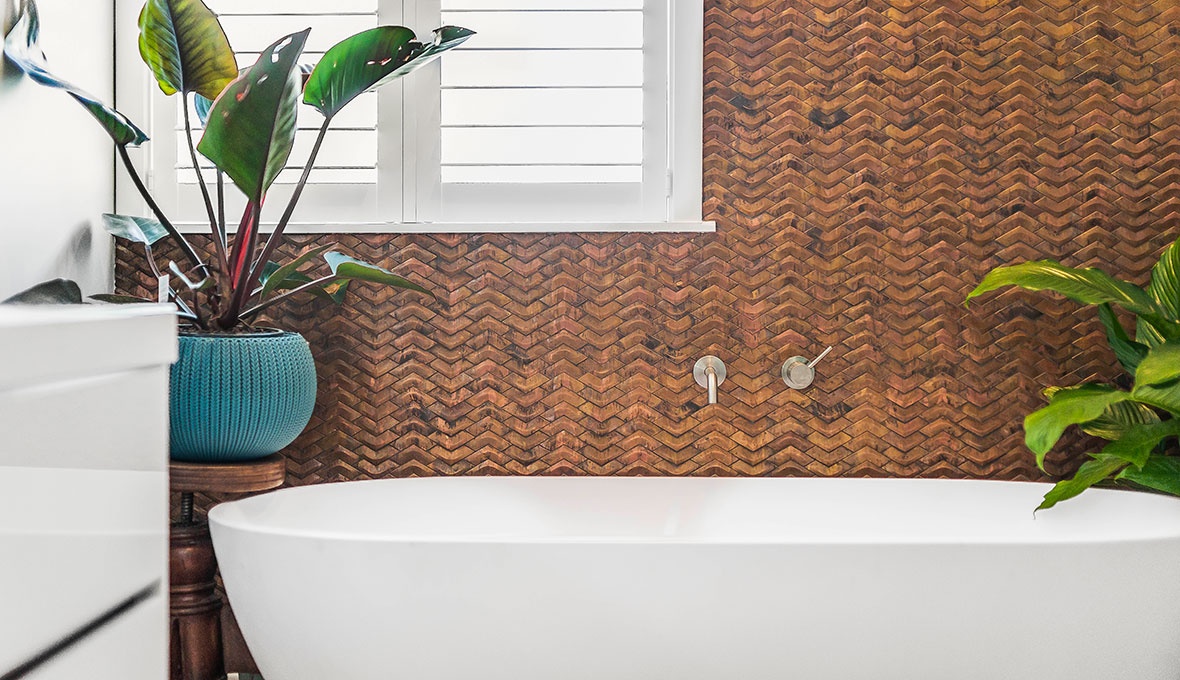