← Back to All Projects

What began as an internal renovation eventually became an all-encompassing refresh of this secluded suburban property. 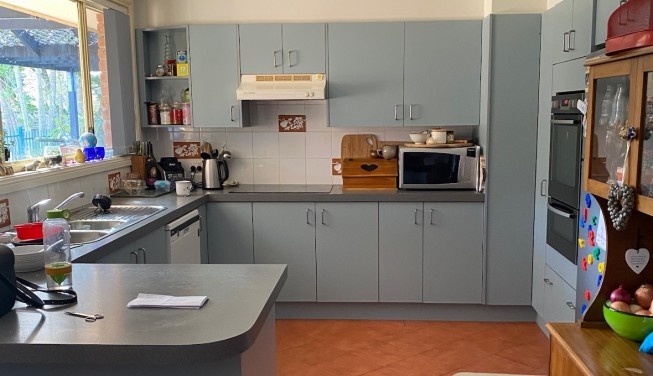 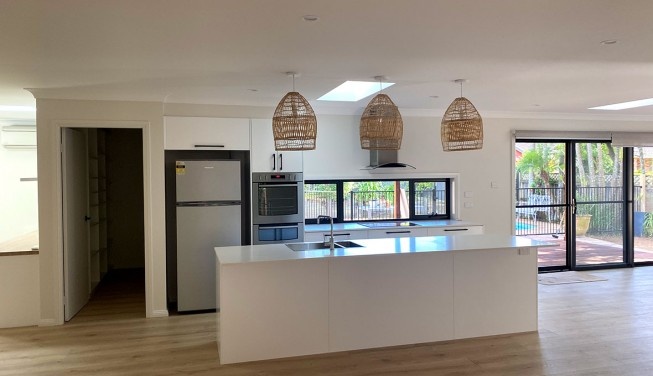 When the homeowner initially considered undertaking home improvements, they focused on a handful of areas; the kitchen, the laundry, and two bathrooms. At the time, the property was 30 years old and hadn’t aged well - particularly in these primary utility spaces.
Eager to explore their options, they contacted their local Renovation Specialist, Stephen Cox, who helped them convert their ideas into reality.

While working with the homeowner to develop their concepts, Stephen determined that shifting the floor plan’s layout would significantly modernise the property. This change meant removing particular walls to establish an open and free-flowing home.
Consequently, the scope developed into a full internal renovation. Alongside the initial plans for renovating the bathrooms, kitchen, and laundry, the homeowner decided to include wall removals, new flooring, fresh wall paint, a walk-in pantry, and skylight installations.
With this new vision, Stephen and his team created the final drawings and assessed the finer details for construction.

Stephen priced the original project at $215,000 with a construction timeline of eight weeks. However, during the construction process, the homeowner made a few large additions to the renovation.
These inclusions focused on updating the property’s exterior, turning the project into an all-encompassing renovation. The homeowner’s main changes added to the project included new decking, paving, painting, pool fencing, and a pergola.
As for the construction process, the original project ran precisely according to the scheduled eight weeks. Upon completion, the renovation team then carried out the additional external works, extending the timeline by four weeks and the overall price to $252,000.

An essential objective of this project was to create space.
Removing walls, re-structuring the floor plan, and adding a fresh lick of paint contributed largely towards opening up the house. However, these changes weren’t all it took to establish a spacious feel; it also came down to introducing more natural light.
The design plans specifically included installing new windows, glass sliding doors, and three skylights to welcome as much natural light as possible and accentuate the interiors. Adding a simple touch of luxury, the homeowner chose Velux electric blinds for the skylights.

The most remarkable transformation is undoubtedly the kitchen, which Stephen and his renovation team completely reconstructed into a contemporary, central hub of the house.
Before the renovation, the kitchen was small and built of dated fixtures with an old-fashioned colour palette. These elements were the exact points Stephen knew needed changing to bring the room into the 21st century. With that ambition, the kitchen underwent a full renovation and became the opposite of what it once was.
The space is now much more extensive and features a beautiful island bench and roomy walk-in pantry. The homeowner opted for Häfele cabinetry and luxurious mirostone benchtops when designing the kitchen. These fixtures immensely helped establish an air of elegance; an ambience which lives throughout the home by way of the new Solomons flooring and fresh wall paint.

After 12 weeks of construction, Stephen and his renovation team completed the project to an excellent standard of quality.
While keeping to the homeowner’s budget and timeline, the renovation resulted in a complete transformation of the suburban property; from the interior to backyard. Contemporary in style, and decked out with the latest fixtures (such as the Velux electric blinds and a Versiclad pergola) the house has certainly become a home for modern-day living.
Stephen is particularly thrilled with the floor plan’s open flow and organic layout which he and his team created. He notes that it was a “great final result – opening up the house to the rear yard overlooking the deck and pool.”

Would you like to discuss your home renovation project?

Get in touch today for a free consultation. 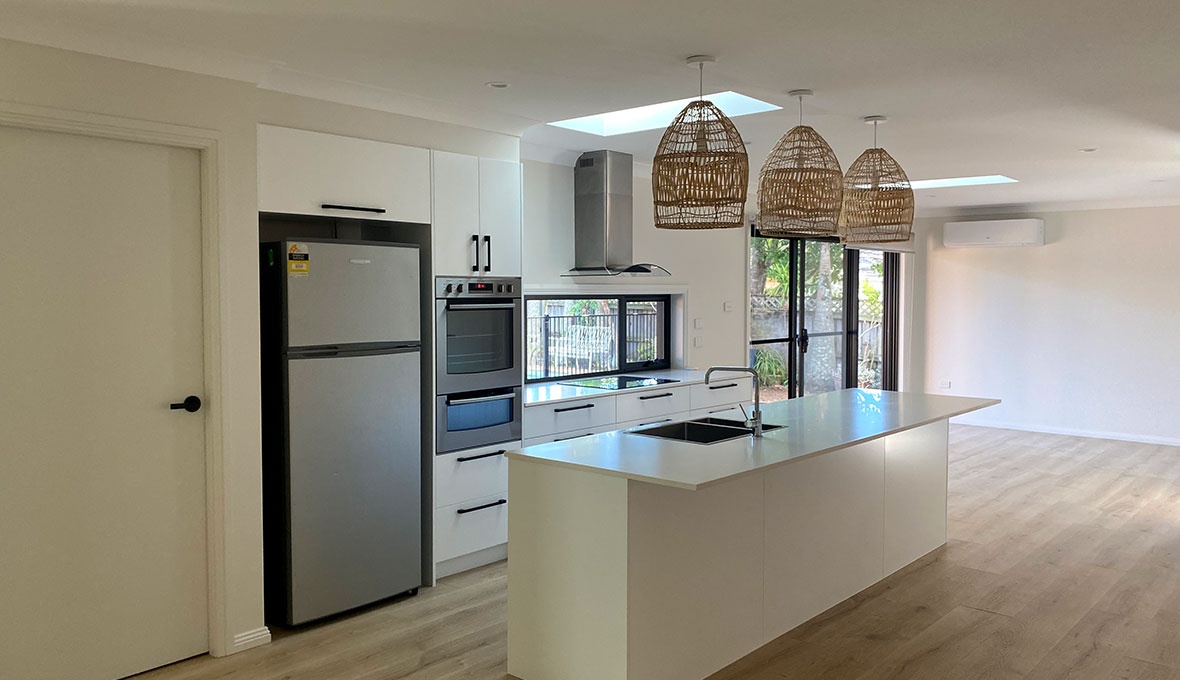 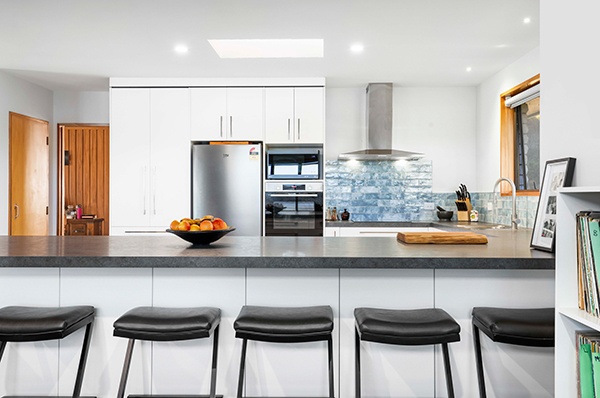 May 2, 2022
An Ex-State House Transformation that Favours the Bold in Waiwhetu, Lower Hutt 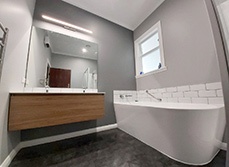 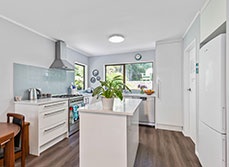 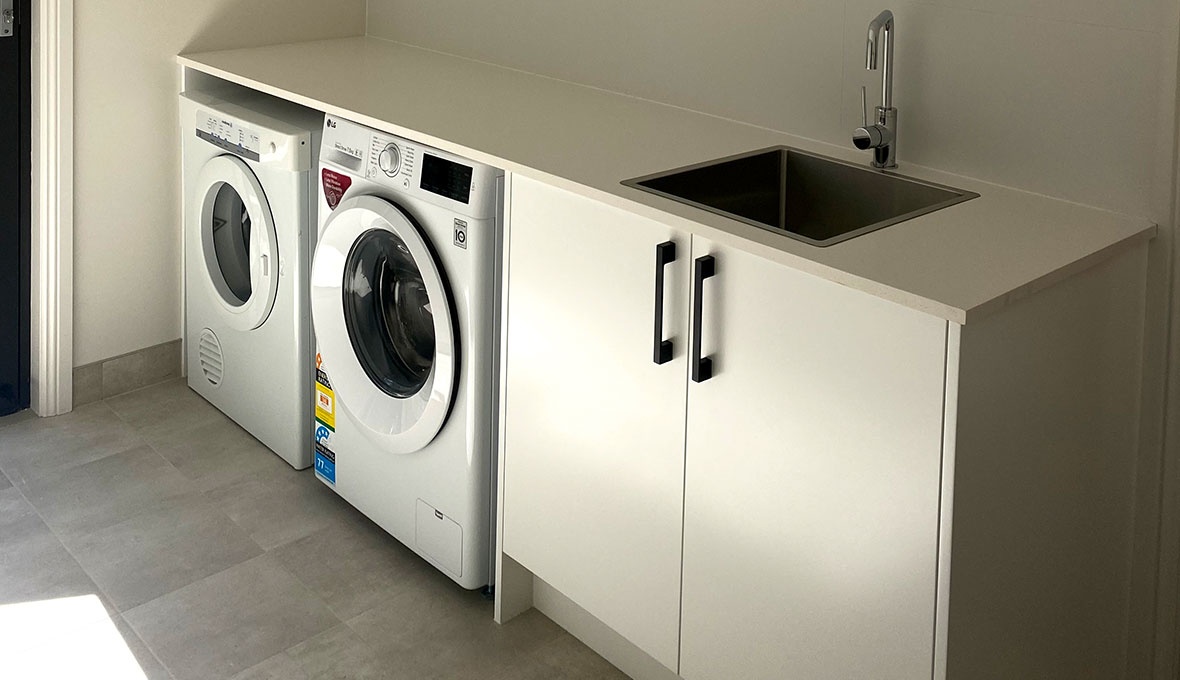 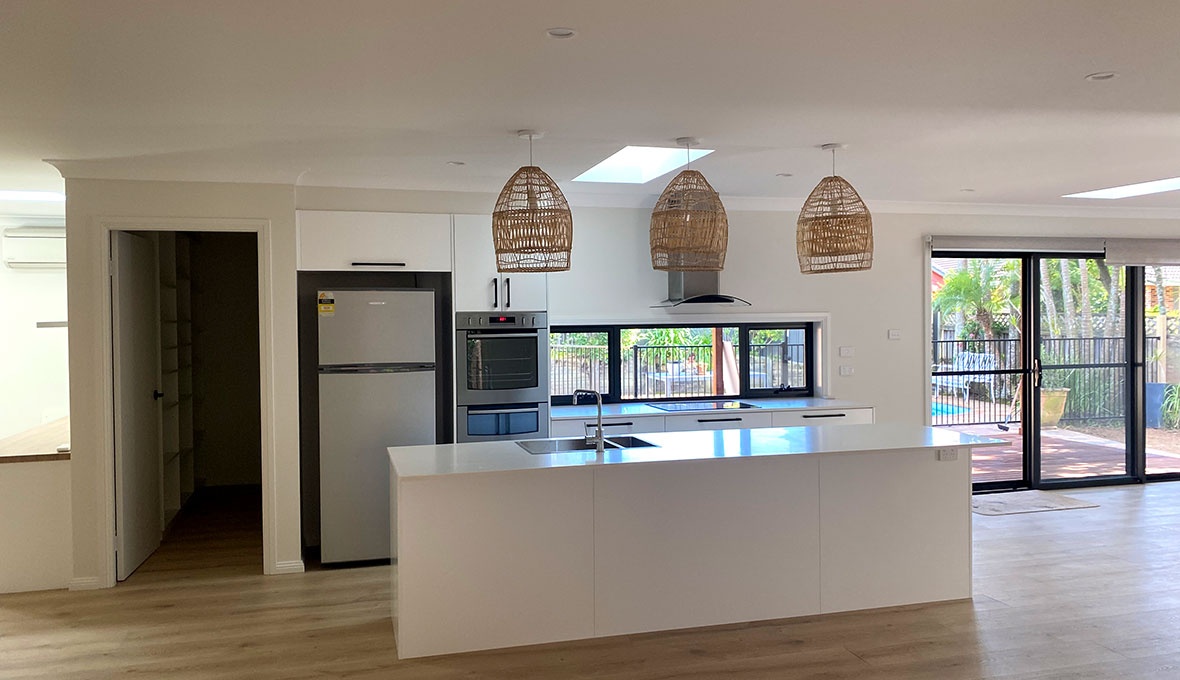 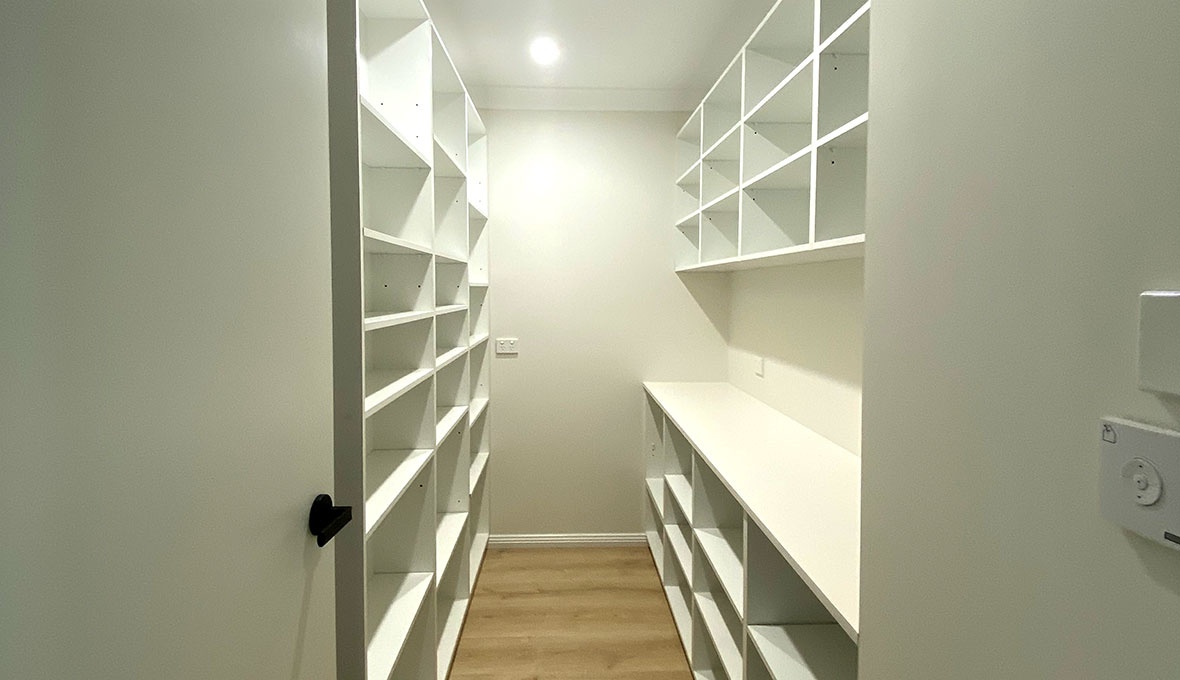 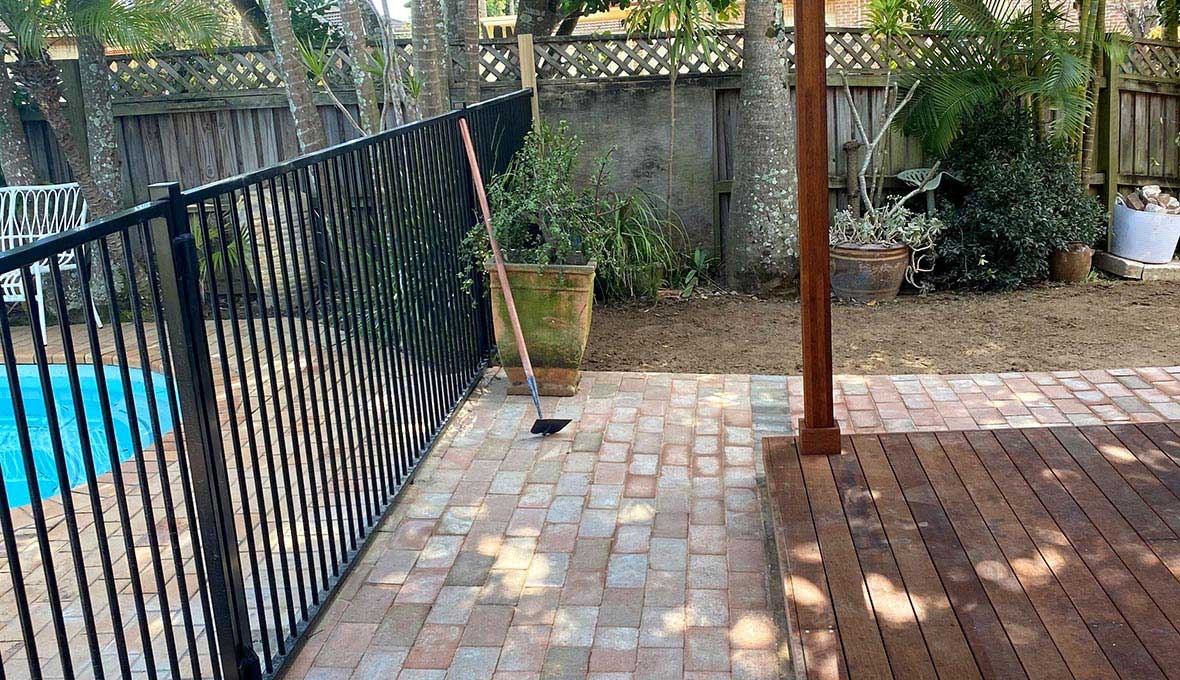 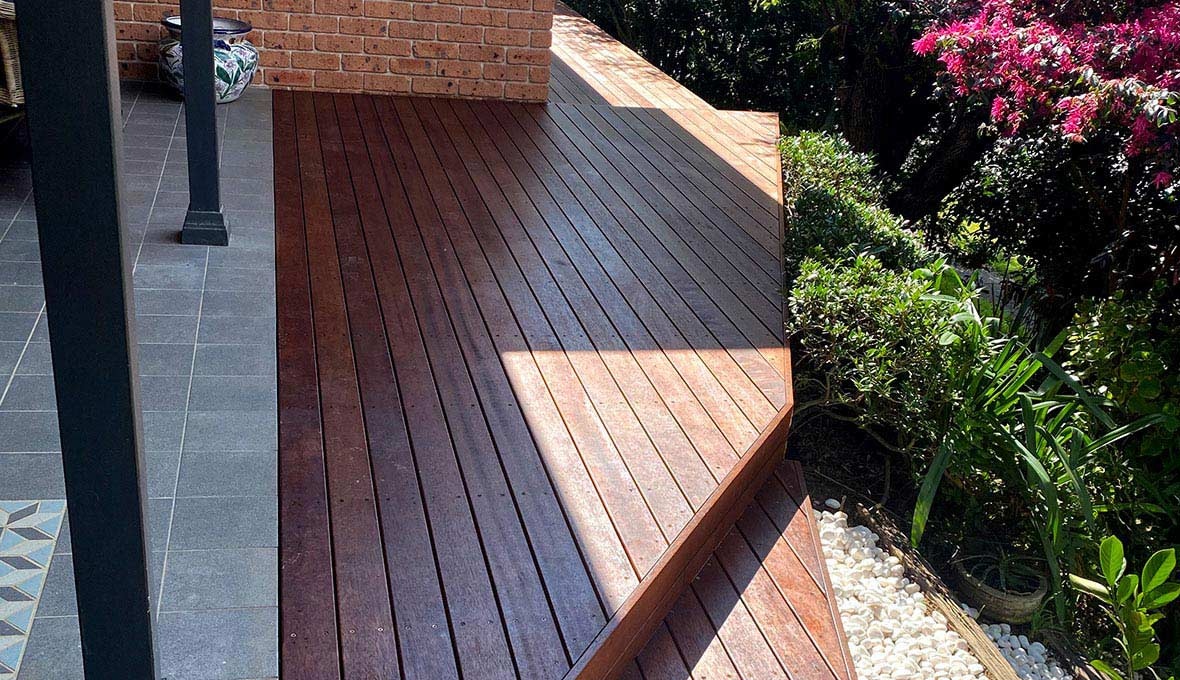 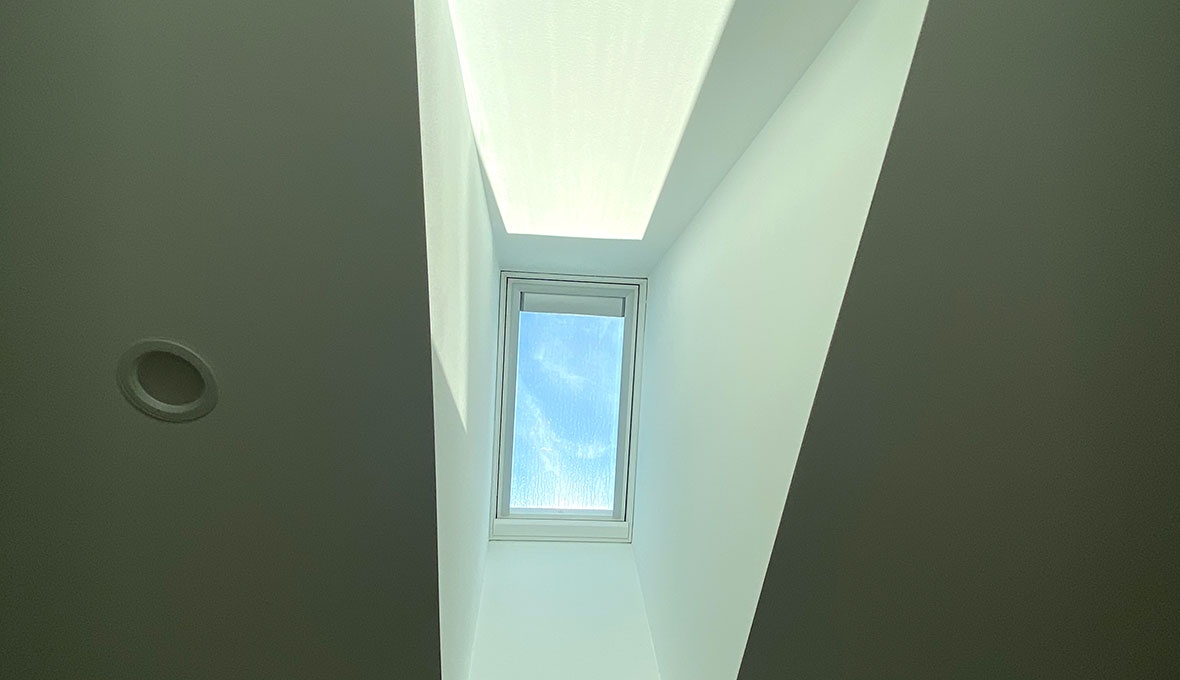 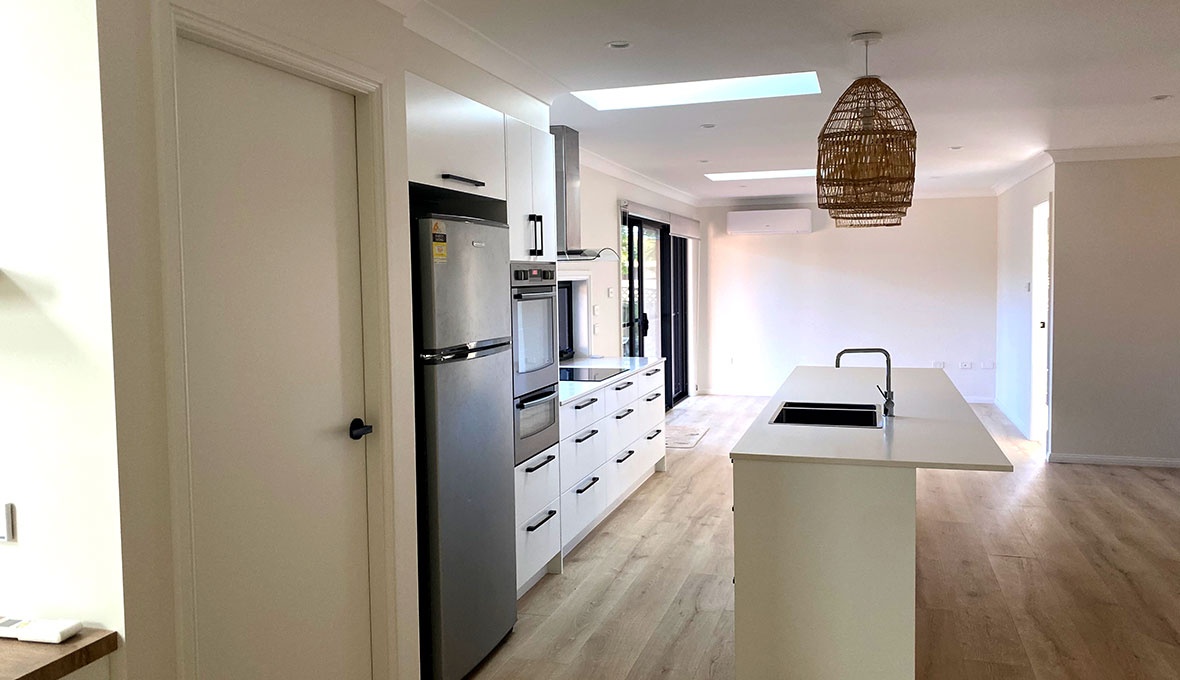 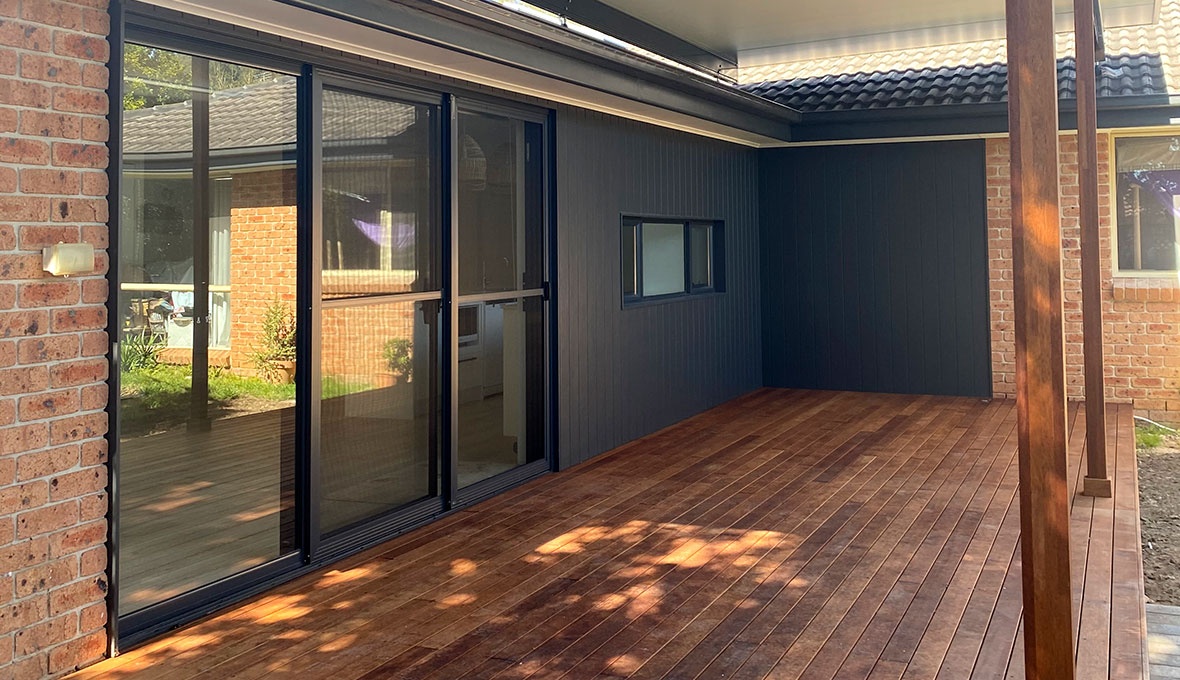