This renovation took place in the ground floor apartment of an old boarding school building. Sue, the apartment owner decided it was time for a complete renovation of their 20-year-old bathroom and brought in North Nottinghamshire renovation specialist Newton Fraser to get the job done.
During the initial brief, Sue made it clear that he wanted to completely strip the original bathroom and install an all-new design and layout. Since the flat is part of a listed building in a conservation area, Newton and his team were not allowed to make any changes to the window, but they made sure to clean it up, and took care of everything else.

Newton knew he would have to remove the bath, basin, toilet, and shower, and replace them with all new items, minus the bath. Sue wanted the design to be clean and simple with some heritage/art deco features such as the mirror, sidelights, faucets, as well as the basin and shower controls.
Due to the overall size of the room, Sue also wanted a proper radiator and not a towel rail. Finally, she wanted a paint finish that would be bathroom-friendly to resist damp and mould, as well as being easy to clean. Newton and Sue also decided to add a single feature wall in a pale blue hue using Farrow & Ball eggshell paint.

“The old bathroom was installed extremely well, which made the strip out a little more difficult than usual,” reveals Newton. “It had also been installed with a very poor layout for pipes and waste which was potentially a problem.”
With this in mind, Newton and his team were able to redirect and make the pipe and waste work more efficiently, which helped the new design layout.
“The key issue was the location of the main pipe in relation to where the shower was,” expands Newton. “We had built a box out underneath the new radiator to enable the waste to flow into the main soil pipe. We were also able to use the luxury vinyl floor tiles as the boxout surround to make it look like part of the floor rather than an issue from the wall.”
Newton also sourced the shower enclosure to specifically have a minimal framework as Sue didn’t like too much structural support showing. 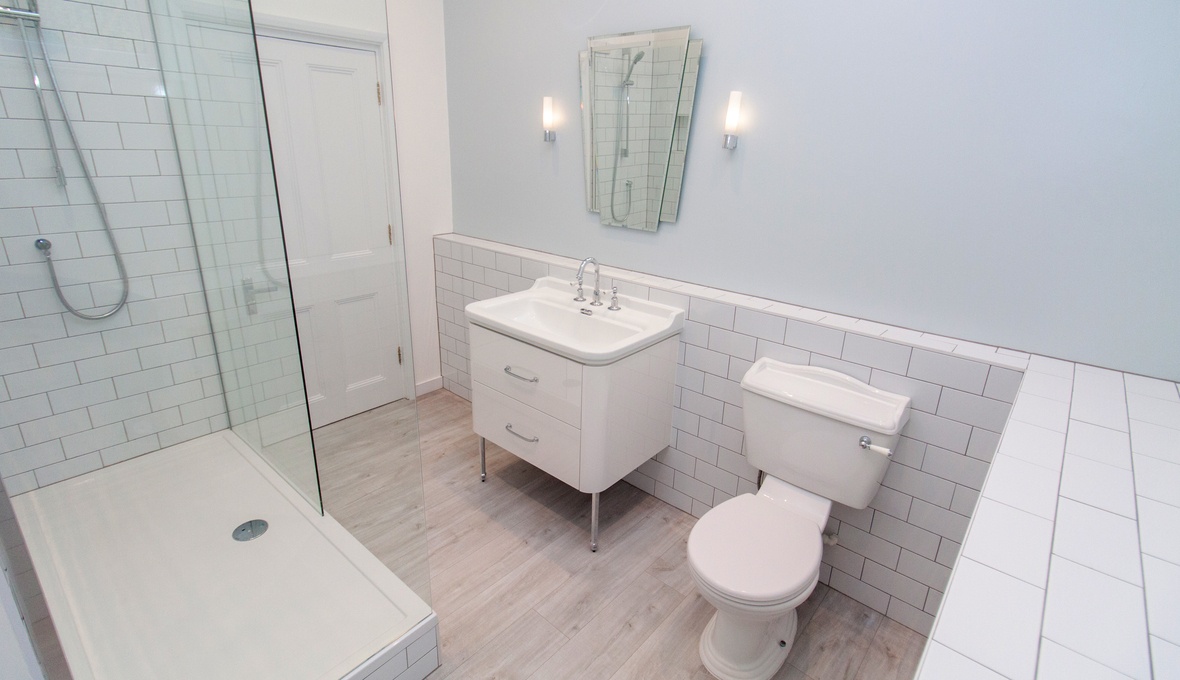 “Even though the design was approved before we started, Sue realised she wanted some changes made to the tiled areas,” reveals Newton. “So we extended the boxing out behind the basin to extend the whole length of the wall, instead of just half of it.”
Sue also requested a change to incorporate some storage on the other side-wall. As this wall was going to have a box out to hide some drainage pipes, Newton developed the design to increase the size of the boxout to incorporate a large recess with glass shelves and to make the area more of a feature. Newton was able to do this with quick 3D visuals to help Sue understand how it would look and enable quick approval so as to not delay the project.
Finally, Newton’s team created a recess area in the main shower for Sue when she realised there was nowhere to store shower cosmetics. Following the Refresh process ensured all these issues were identified well ahead of time and resolved without any major hiccups.

When asked about his thoughts on the final result, Newton says “The nice clean lines of the design combined with the art deco styling of the furniture makes for a very nice environment. I love the shower area with the concealed wall valve and recessed accessory shelf.”
Regardless of the challenges, the bathroom has been transformed into a bright and elegant room that is sure to wow anyone that walks into it!
The now-modernised bathroom features Cosmopolitan White ceramic wall tiles from Wickes, Quickstep Canyon Light Oak luxury vinyl tiles from Laminate Master, Crosswater Furniture from Sanctuary Bathrooms, Farrow & Ball Borrowed Light No 235 Estate Emulsion Paint from the Paint Depot, Reina Colona 3 column vertical radiator and valves from Heat & Pump, Oxford close-coupled toilet and soft close seat from Bath & Shower, as well as Milano Elizabeth concealed thermostatic shower valve from the Big Bathroom Shop. Newton used only trusted partners for this renovation, ensuring high-quality products that would last for a long time.
Sue was a pleasure to work for and was always understanding of issues that occurred as the build continued, none more so than the delays that happened during the COVID lockdown Newton concludes. 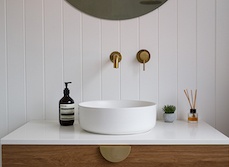 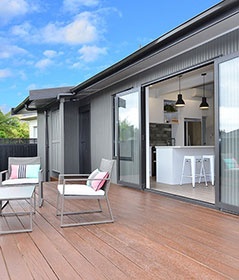 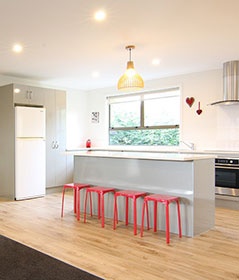 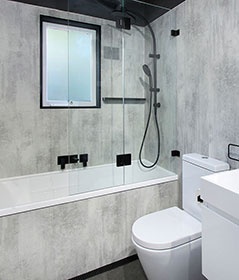 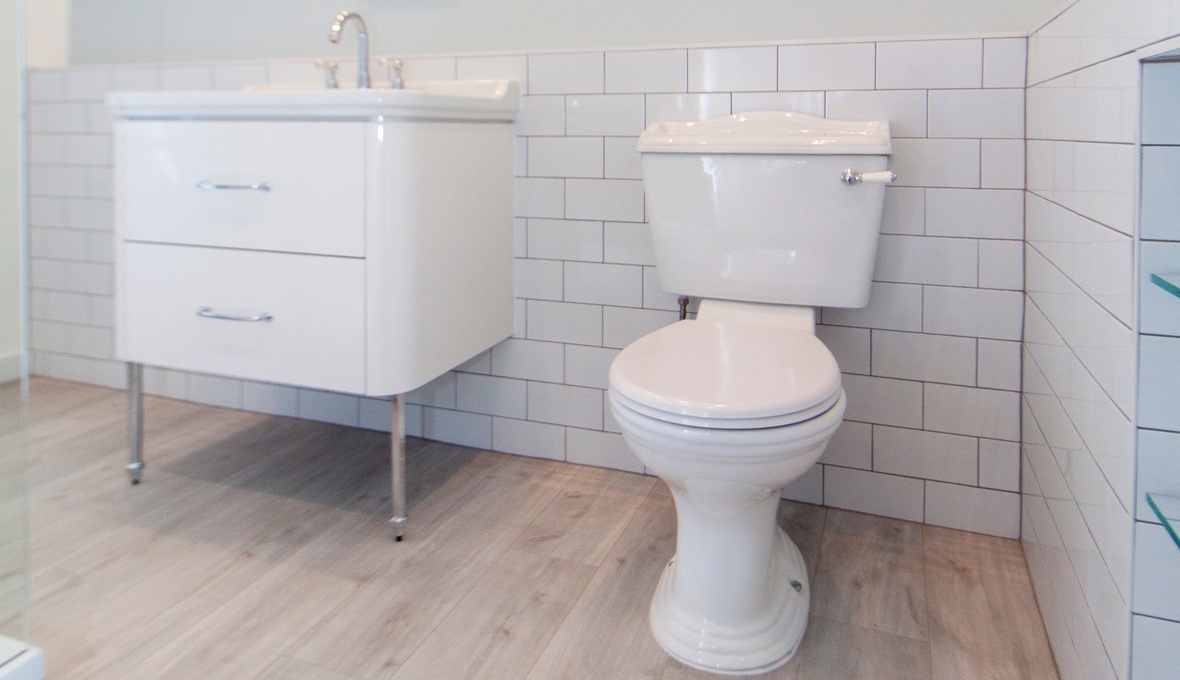