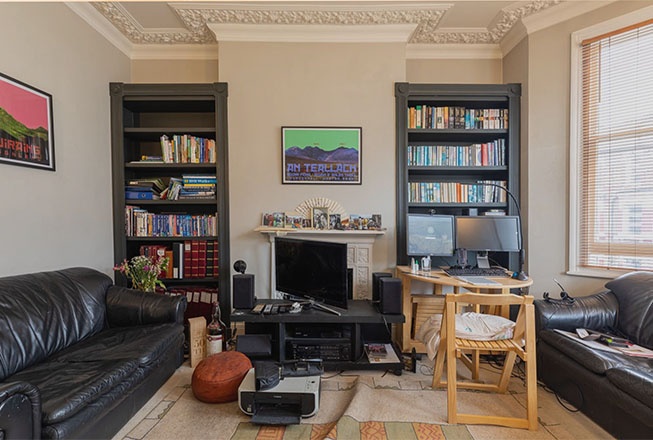 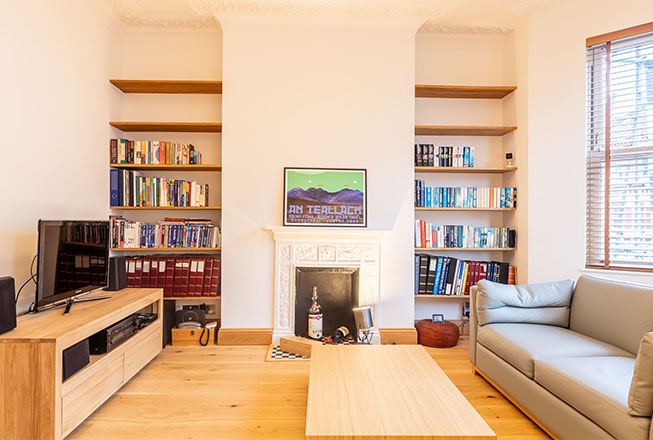 The team at Refresh Renovations South London managed a tricky renovation on a typical two-bedroom flat in a period property in Clapham recently, providing end-to-end project management for a full new kitchen fit, fresh internal wall insulation, window installation, painting and decoration throughout and a conversion into an open-plan layout between rooms. But how was it achieved and how did it work? Let’s investigate…
‍ 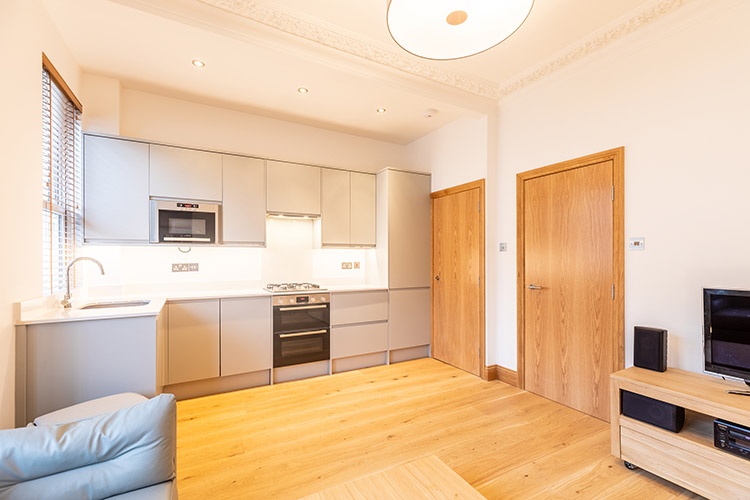 An Appetite for Update

The homeowners of the flat had lived there for many years and had changed little since moving in – despite always wanting to. Being a flat, and not the easiest accessible one in the block (given it was on the first floor and not the ground), the homeowners were unsure of who would be best placed, and willing, to complete the renovation. Hearing about Refresh and their award-winning project management approach that would handle the works from conception right through until completion, they were sure they’d found the right company – and agreed afterward that they definitely had. 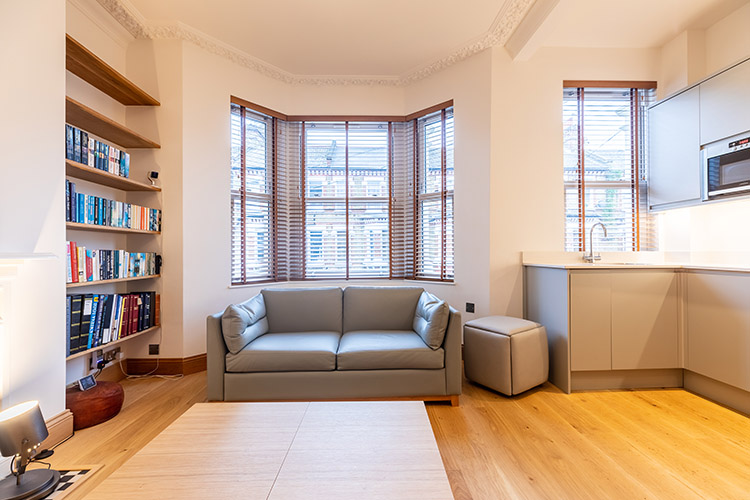 The living room to kitchen area of the flat was separated by a partial wall and large sliding concertina doors, which although provided easy access and a wide space for conversation between parties throughout both rooms, did make them appear smaller and more closed-in than they actually were.
Asif Hameed and the Refresh Renovations team removed the doors and took down the wall to convert the whole layout into an open-plan one between the main living area and kitchen, further cutting out the ‘zoning’ of the interior design by installing a new Scandinavian wooden floor consistently across both spaces. The bright aesthetic of the floor reflected light and gave the appearance of more space, further complemented with the installation of thinner and brighter windows in both. Combined with new kitchen fittings that are lighter in shade, clever interior design worked to present a much larger and airier room than was there before – creating a more relaxing space to live within and a more desirable look for those looking to buy or rent in the future.

Halfway through the renovation project, the client requested a change, and not a minor one: to add acoustic boarding underneath the flooring. Acoustic underlay beneath a floor reduces the amount of noise heard from floors below and as a first-floor flat with neighbours below, this was a great step in increasing the homeowner’s credentials as a responsible neighbours; as well as increasing the value of the flat below – it’s not always easy to find a flat in central London that doesn’t attract lots of noise!
This change in plan was significant to the project’s scope and would extend the timeline – but the Refresh Renovations team needed to support the decision, facilitate the new works and ensure that that any disruption was minimised. The dedicated Project Manager reviewed the schedule with the contractors involved to identify independent tasks to be completed while waiting for the boards to arrive and commissioned them. This approach combined with swift and regular check-ins with the supplier to manage lead times meant that the impact on the overall timeline was minimal; and the acoustic boards were successfully delivered and installed. 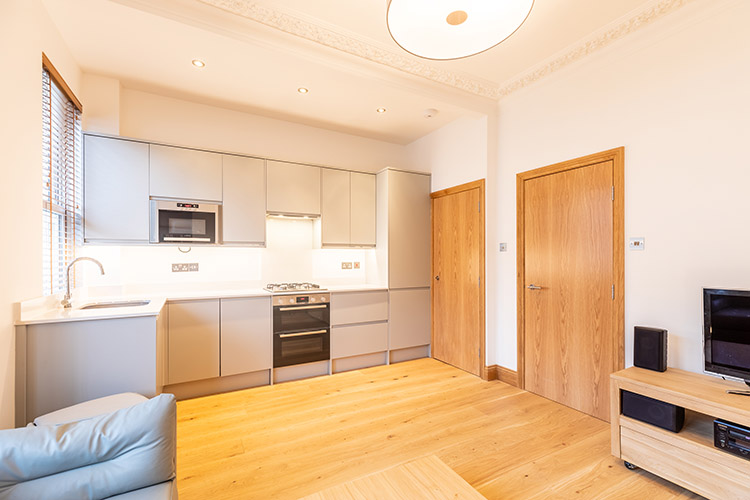 Unexpected Issues Befall… but are Fixed

Once the acoustic boarding arrived and was installed, some unforeseen issues occurred: and minor damage was caused to the ceiling of the downstairs neighbour. Despite this being the worst nightmare of many homeowners, the Refresh Renovations team were unphased and ensured that everything was dealt with and resolved in the most efficient and professional way possible – so the neighbours were happy and reassured throughout.
The Project Manager took full accountability for the situation and explained it to the neighbours immediately, remaining open and honest in their communications throughout. Any damage caused as a result of the works were agreed to be dealt with once the project was complete, and it was done. The neighbours even gave positive feedback on Refresh’s handling of the whole situation thereafter!

This property project was delivered on-time, to budget and to standard and resulted in very happy customers. The homeowners were quoted as saying:
“From the outset of the project and throughout, a totally friendly and professional service. Was impressed with the clear explanation of the plan of the project stages. Consultations were detailed, knowledgeable and informative. During the planning stage appointments were arranged promptly and conveniently which I very much appreciated. The supporting literature and IT portal to allow me to track the project were excellent. I could review any plans and documents related to the project with ease at any time. Communication was always responsive. During the build stage I was kept informed of progress. Change requests were dealt with quickly, efficiently and managed well. Highly recommended – very good service delivery throughout the entire project cycle!”
This was another job well done despite the constraints and challenges throughout and Refresh Renovations South London Project Manager Nick Burton alongside a highly-skilled team of renovation experts and specialist contractors have all been lauded for their fantastic efforts. What’s more, it’s even estimated that the work may have increased the value of the flat overall – no mean feat in a city where house prices are already at an all-time high and are considered one of the most expensive worldwide!
Refresh Renovations South London never shy away from a refurbishment, renovation or extension project, no matter how big or small. Asif, Nick and the team are available to consult on projects of all types and can too make your home bright, airy and attractive; working with all property types and budgets to present something stunning. Get in touch today to arrange a free and no-obligation home visit to scope out the possibilities and discuss your ideas.
‍ 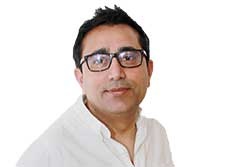 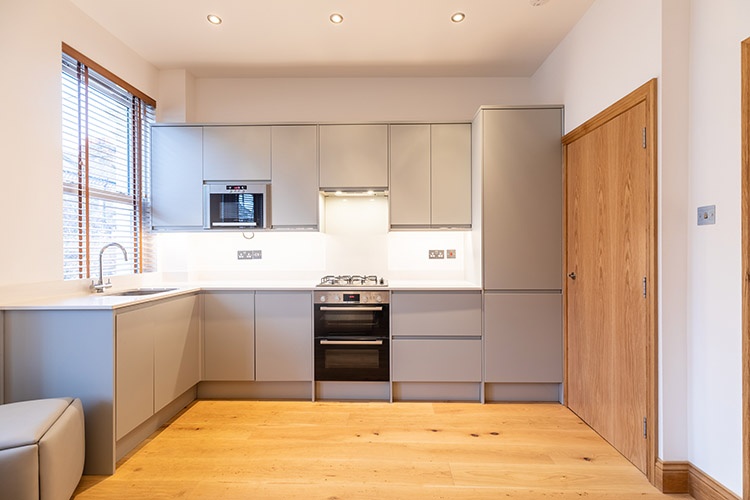 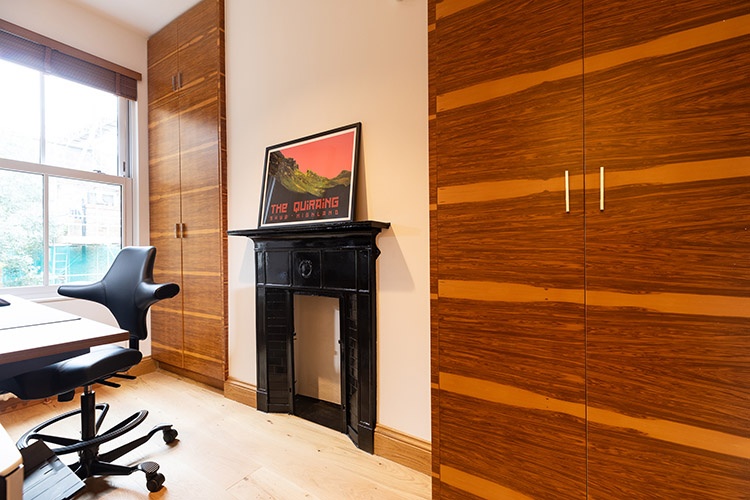 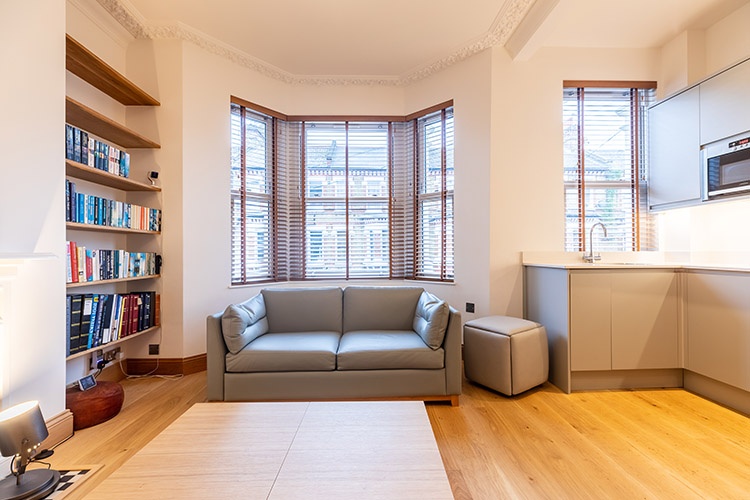